Delaware’s largest city and the New Castle County seat originated as a colonial trading area and ferry crossing and later became one of the country’s most vital industrial and chemical-producing centers. 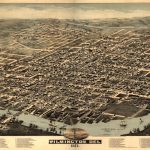 Dutch (The) and The Netherlands

The Old Dutch House in New Castle, Delaware, dates to the seventeenth century and is believed to be one of the oldest houses in Delaware. Henry Hudson, who was employed by the Dutch East India Company, anchored in Delaware Bay in 1609, and claimed the country for the Dutch. 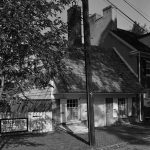 Tobacco has a long history in the Greater Philadelphia area. Though its role as a cash crop diminished in the twentieth century, tobacco's presence endures. In Yorklyn, Delaware, the Garrett Snuff Mill has a historic designation. 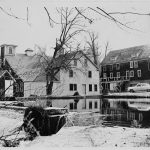 Though it existed for less than twenty years, the colony of New Sweden had lasting effects on the Greater Philadelphia area. Historical sites from the colony remain standing to this day. 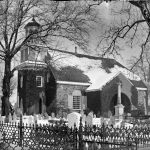 The Lower Counties, once a part of Pennsylvania that eventually became the state of Delaware, included Fort Christina, built by the New Sweden Company in 1638. The site is now part of the First State National Historical Park. 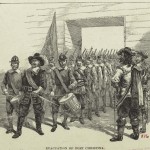 Long synonymous with the name DuPont, the Mid-Atlantic gunpowder industry flourished in the nineteenth century along the Brandywine River in Delaware. The industry began in 1802 along the banks of the Brandywine. 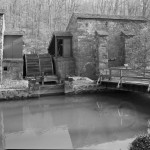