First called Bandstand, the program premiered October 6, 1952, hosted by Philadelphia radio DJ Bob Horn (1916-66).  It was shot live from Studio B at Forty-Sixth and and Market Streets, where the two-and-a-half-hour show was broadcast regionally on WFIL-TV Channel 6.  Via this network, which advertised itself as “WFIL-adelphia,” the show reached almost six million viewers in the Delaware Valley, the nation’s third-largest market at the time.  Pennants from local high schools lined the walls of American Bandstand’s production studio, emphasizing to viewers and advertisers the show’s local orientation. 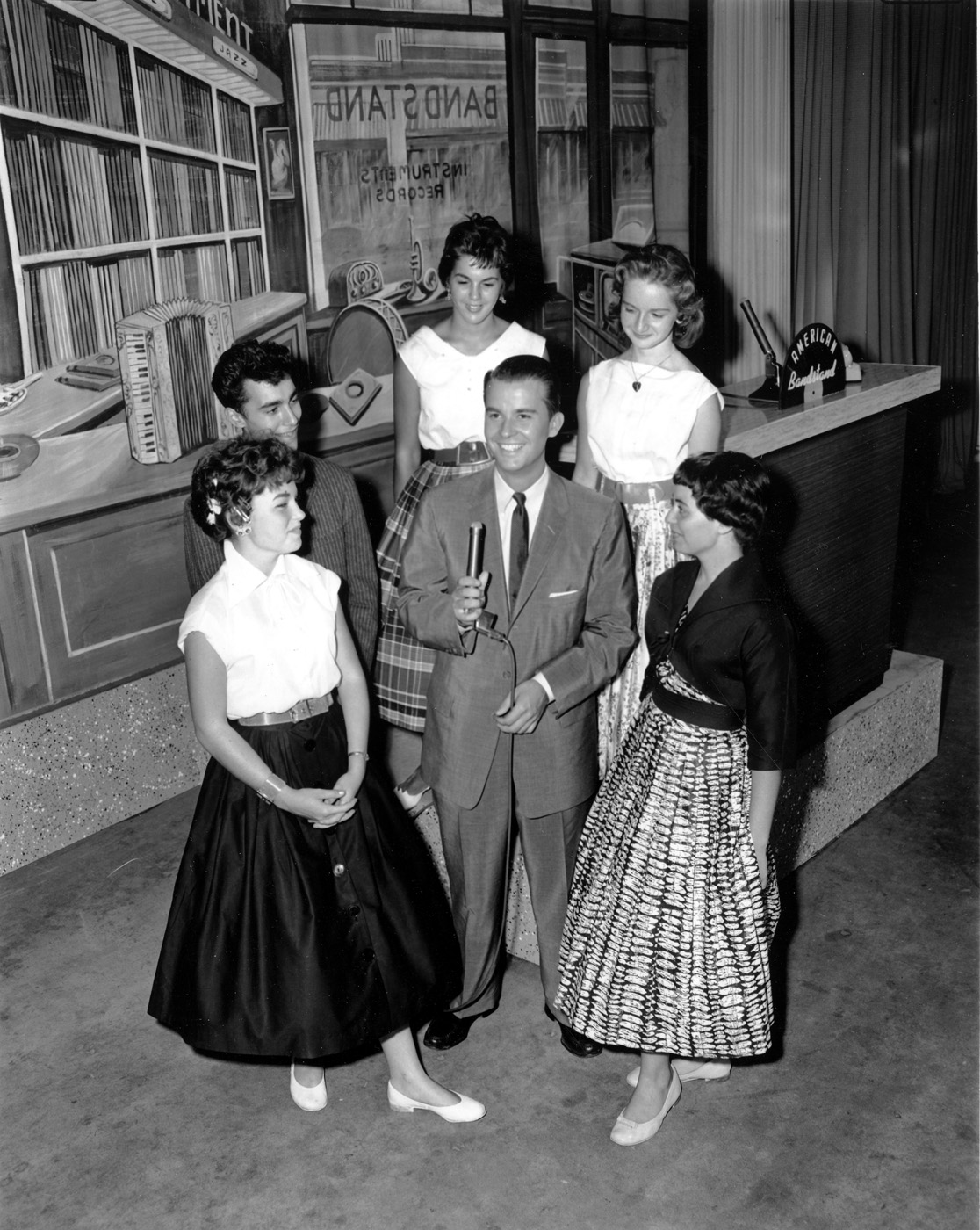 Dick Clark became host of the locally-produced Bandstand in 1956, just before the show was renamed American Bandstand, shortened to ninety minutes, and expanded to a national ABC audience on August 5, 1957. 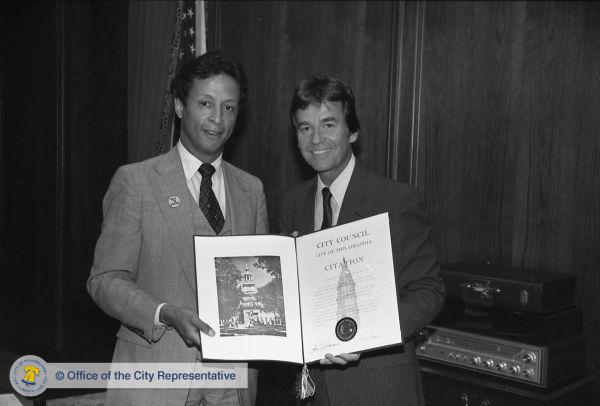 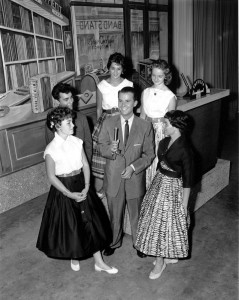 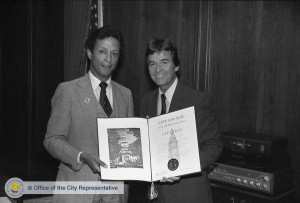