In eighteenth-century Philadelphia, master mechanics customarily boarded apprentices, who received food, lodging, and craft training in exchange for their labor. Farmers in the surrounding rural counties boarded hired hands. Families of all social ranks took in lodgers, accommodating unmarried men and women who had few other housing options. Taverns sheltered both travelers and long-term residents. By the 1780s, however, enterprising proprietors began advertising “genteel” boarding and lodging in the city’s newspapers, sometimes promoting their establishments as superior to taverns. The trend spread rapidly; Robinson’s Philadelphia Register and City Directory for 1799 included nearly one hundred boardinghouses.

Wendy Gamber is the Robert F. Byrnes Professor in History at Indiana University, Bloomington. She is the author of three books: The Female Economy: The Millinery and Dressmaking Trades, 1860-1930, The Boardinghouse in Nineteenth-Century America, and The Notorious Mrs. Clem: Murder and Money in the Gilded Age. (Author information current at time of publication.) 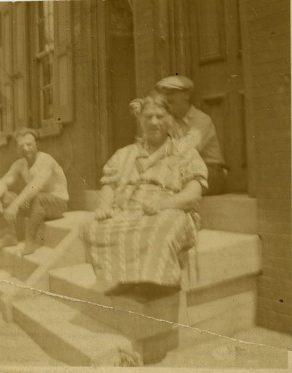 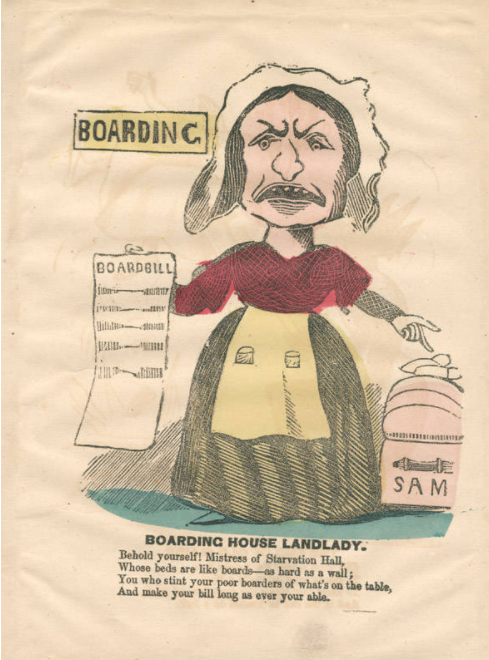 Boardinghouses became the subject of jokes and political cartoons remarking on the less than lavish accommodations boarders endured. While most of these attacked the boardinghouse keepers for stinginess, most boarders were able to pay only modest rents, which could not cover the costs of more comfortable living quarters and larger meals. 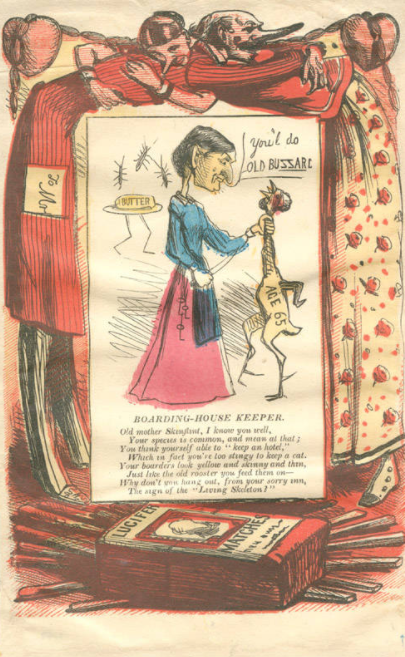 Boardinghouse keepers became notorious for the meager rations they fed their lodgers in an effort to save money. Reports of landladies skimping on meals became common. One Philadelphia landlady allegedly smeared fat on the faces of lodgers to convince them they had eaten. This mid-nineteenth-century advertising card depicts a boardinghouse landlady holding an old, emaciated chicken she intends to feed her lodgers. The poem underneath comments that she should rename her inn the “Living Skeleton.” 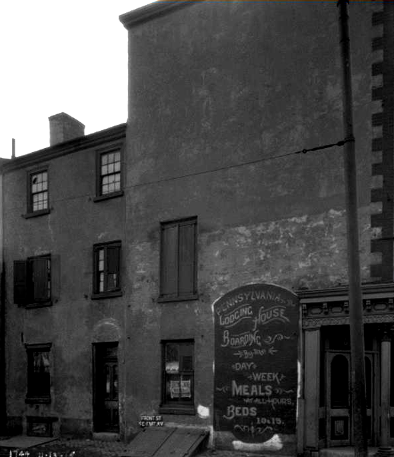 Boardinghouses were most common in the late nineteenth and early twentieth century, though they have persisted in some form into the modern era. This 1915 photograph shows an advertisement for a boardinghouse at Front and Fairmount Streets in the Northern Liberties neighborhood of Philadelphia. Boardinghouse accommodations usually included both lodging and meals. 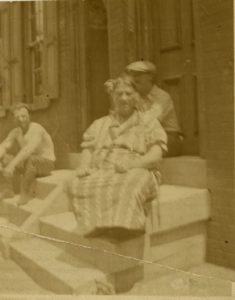 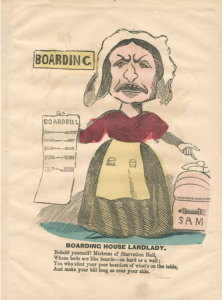 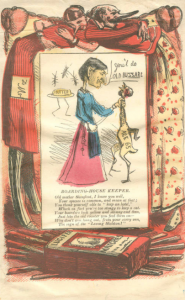 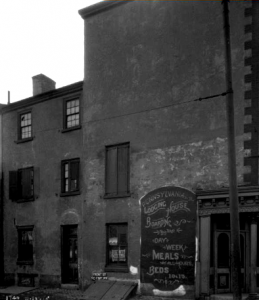